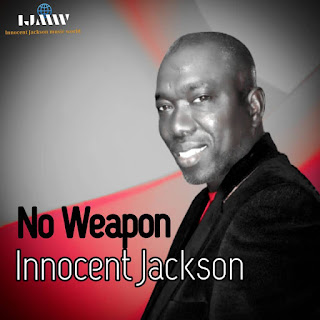 Innocent Jackson has come with an Isaiah 54:17 song titled NO WEAPON.
The senior Pastor of Born Again Christian Church International, Spain is an ALUMNI of All Nation for Christ Bible Institute International Benin City, Edo State Nigeria.
Usunobun Innocent Jackson Ehioghae started his musical journey as a young dedicated choir member in his local church in Benin City and would later in the year 1993 released his debut album: titled “MESSIAH BELLS”. This brought him to lamplight.
For more than two decades, the Nigeria born Spanish based Pastor have been traveling far and wide, preaching the gospel of Christ Jesus Salvation to all nations of the world.
NO WEAPON by Innocent Jackson is a chart buster prayer song that should be in every true believers playlist and it’s available on all digital music stores worldwide.
Video out now on YouTube.
He’s married to wife and blessed with four children.