With the release of his debut Album; “Let Peace Rain” Masta O has yet again put out a 14 tracks Album and titled it “Lamentation”.
The 57 year old raggae singer has sampled new sounds that are alien to his pattern/style of music.
The album has a mix of Afro, Pop & Raggae.
In a radio interview with Chuks of Raypower FM on Saturday, the 2nd of July, 2022 – Masta O said that his songs has always had messages embedded in them, message for everyone, “this time I also carried the youths along with my tracks Ginger Me featuring Meeno Manic & Obieze and Burning Fire featuring Se.” He said.
Let’s get your feedback on this album 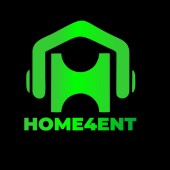 GT Chris is on the rise of success gliding through the industry grounds like a wave with the intent to make a statement and stand aground.